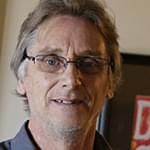 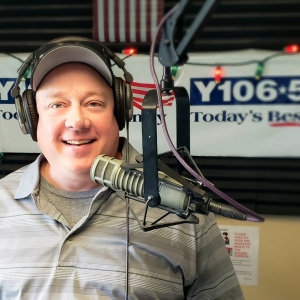 Growing up in Southern Illinois, Joe Malone says his love for music started at an early age thanks to his Uncle Gary. “He had a great record collection, and we would spend hours listening to everything from the Beatles to Johnny Cash to Lynyrd Skynyrd.”

As he got older, Malone’s fascination with music deepened. Once he discovered it was possible to get a job playing music, his career path was set. In the early ’90s, he went from delivering pizzas to the local AM station to being on the air at that station. “The format was mostly talk and sports, but the excitement of being on the air for the first time made up for not being able to play a lot of music,” Malone recalls. In less than a year, his big break came when he joined the Top 40 station he grew up listening to. “My air shift was the highlight of my day. I couldn’t wait for it to start and never wanted it to end!”

He headed north a few years later, working first in Iowa before arriving in Wisconsin in 1997. He started in Appleton with stints in Milwaukee and Green Bay. “I got a chance to work every shift, from mornings to overnights, at those stations. Being on the air at different times of the day like that, you really get a chance to learn a lot about the people in a city.”

Malone moved to Central Wisconsin in 2003 and joined the morning show on a Top 40 station. After working several different time slots throughout the day, he began hosting the popular Retro Lunch show. “That was a blast because I only played requests, which gave me a chance to talk to a lot of listeners. On top of that,” he says, “I loved playing the music from my younger years. I had such a personal connection with these songs!”

In 2008, Malone decided to put his radio career on hold to go back to college and study Radiography. But eventually he would return to what made him happiest – being on the radio. “I really enjoyed learning a new trade and liked working with patients in the hospital taking x-rays, but I felt something was missing in my life.” He hit the airwaves once again in 2013, but this time playing country music for the first time in his career. “I was back on the air every day, and the excitement of learning a different format was pure joy,” Malone says.

In July of 2019, Malone made the move to Y106.5 and said “ Y106.5 and NRG Media have made me feel so welcome! I am so excited to get on the air, play today’s best country and get back to interacting with the wonderful people in our community!”

Joe Malone has lived in Central Wisconsin for over 15 years with his wife and three dogs. The region’s wide-open spaces have been great for his hobbies. When he’s not on the air and interacting with listeners, you can usually find him on the links golfing, in his boat fishing in one of the local lakes, or up north at their permanent camper in the summer. Malone is proud to say he is a Packers fan and loves the Wisconsin life he has come to know. “I feel right at home here with the wonderful people in Wisconsin and love the northern Midwest way of life.”

Amy Sussman/Getty Images(LOS ANGELES) — During a chat about his latest animated hit, Netflix’s Disenchantment,Simpsonscreator Matt Groening addressed the controversy over the long-running show’s white actors voicing characters of other races.  The comments came on the heels of Harry Shearer’s announcement that he’d no longer voice Dr. Julius Hibbert, or any other Black characters — and Hank Azaria’s…… END_OF_DOCUMENT_TOKEN_TO_BE_REPLACED

“WandaVision” – Disney+/Marvel Studios(LOS ANGELES) — Today, Disney had its Winter Television Critics Association gathering — virtually — and when it comes to Marvel Studios head Kevin Feige’s presentation, there was a lot to unpack.  Aside from the June 11 release date for Loki, however, Feige remained typically tight-lipped. But he did leave just enough crumbs to keep fans guessing.…… END_OF_DOCUMENT_TOKEN_TO_BE_REPLACED