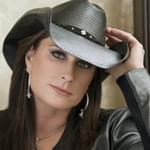 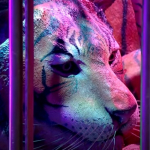 Last night a brand new season of Dancing with the Stars kicked off. Already there were some big changes to this season. One of the biggest ones was of course Tom Bergeron is not longer hosting the show. Tyra Banks has taken over the hosting duties. As much as I love Tyra, I am just not sure this is going to be a good fit for her. You could tell she had some nerves last night. Another big change was Len Goodman is not judging this season. We found out that Len could not travel from London to L.A. safely this season with COVID-19 going on. So we saw a friendly past dancer Derek Hough take his spot. Derek at least knows what he is talking about when it comes to the dancing and will help the stars out. Of course with another major change there is no studio audience. However, if you closed your eyes you almost would of thought here was an audience in there because of all the fake clapping they were pipping into the studio.

Now on to the Dancing:

“Backstreet Boy” AJ McLean and Cheryl Burke teamed up for a Jive to The Weeknd’s hit “Blinding Lights.” AJ is looking to do just as well as the boy band members of the past.  They scored an 18 out of 30 for their debut routine.

You know here from Selling Sunset Chrishell Stause. She has teamed up with Gleb Savchenko. They danced the Tango to “Raise Your Glass” from Pink and scored 13 out of 30.

From past seasons we know NFL stars do pretty well. From what I saw last night with Vernon David and Peta Murgatroyd. These two are going to go far. They danced the Foxtrot to “All Of Me” from John Legend. One thing Vernon will have to work on is not getting flagged for illegal lifts. Their score was 17 out of 30.

Actress Anne Heche and Keo Motsepe had high energy. They took on the Cha Cha to “Don’t Start Now” from Dua Lipa. They got 18 out of 30

TV Talk show co-host Jeannie Mai and Brandon Armstrong hit the dancefloor running with their Salsa dance. They of course had high energy as well and ended up getting a score of 18 out of 30.

Heartthrob Jesse Metcalfe is dancing with Sharna Burgess this season. Their first dance was the quickstep and scored a high 18 out of 30.

It seems like every season has a Disney Channel star on it. This go around is with Skai Jackson who has teamed up with Alan Bersten. She is also the youngest star this season. So far they had highest score of the night a 21 out of 30 for their Tango.

We say hello again to “Bachelorette” alum Kaitlyn Bristowe who is dancing with Artem Chigvintsev. Their first dance is the Cha Cha and ended up scoring 20 out of 30. The judges did make mention it was nice to see Artem back on the dancefloor.

Another high scoring dance of the night belonged to MTV Show host Nev Schulman with Jenna Johnson. They scored a 20 out of 30 with their Foxtrot.

Johnny Weir is no stranger to dancing. He has done it on ice for many years. He has teamed up with Britt Stewart. Their Cha Cha scored an 18 out of 30.

Nelly has teamed up with Daniella Karagach this season. They did the Salsa to one of his songs. I am going to call it right now but I think Nelly could go all the way. He did score though a 16 out of 30 last night.

I called this yesterday, that they would hold Carole Baskin until the very end. Because everyone wanted to see what kind of train wreck. That she was last night. I mean come on ABC there had to of been someone better than her to get. I would be SHOCKED if she made it past a second night. She got no surprise the lowest score of the night 11 out of 30. I do feel bad for her partner Pasha Pashkov, because I don’t believe he will be around long.