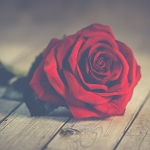 Last season’s “Bachelor” Colton Underwood is calling out the show’s producers for some seemingly shady tactics. The former football player has revealed that he actually lied about some of his top choices to stop producers from trying to manipulate the show… although he admits he kinds of played himself by playing games.

In the latest episode of “This American Life,” Underwood opened up about his experience on the show. He revealed that early on, Hannah G was his actual number one, but when he told producers, they ended up not giving them a date together. So eventually, when he was over Hannah G, he started lying about his top picks so that producers would give him dates with some of the other girls he actually liked better.

Colton even gives us a more in depth look into his break up with Cassie, which led to him jumping the fence. He even says that normally there are producers all around during their dinner dates, helping them with conversations. However, when it was the last dinner date with Cassie none of the producers were around.