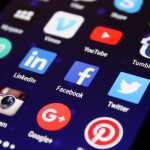 We’ve all had that secret crush that we never got up the nerve to own up to, but now Facebook is doing what it can to change that.

During the company’s recent F8 conference they unveiled a new feature designed to help folks possibly find love with their secret crush. The feature, called “Secret Crush” (naturally), is part of Facebook Dating, and allows folks to choose up to nine Facebook that they may be interested.

Once a person makes their list, if any of the people in that group is also on Facebook Dating they’ll be informed of the possible crush, and if that crush is down they would add the person to their Secret Crush list, and then things can take off from there.

But if you’re worried about your crush being outed, don’t. If the crush isn’t on Facebook Dating, or doesn’t put you on their secret crush list, your secret crush

If you are more interested in just meeting new people on Facebook, the social media site has something new for you too. Their new “Meet the Friends” feature will help connect people who share something in common like say living in the same town or going to the same school. Folks just have to choose the communities they’re interested in meeting people from, or maybe the activities they’d want to do with them and then the site will use an algorithm, to offer suggestions of people to meet.