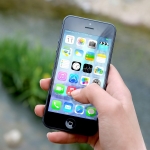 A couple of weeks ago Apple released the new iOS 13 for their phones. With this new update they are helping to fight spam callers. They released a feature called “Silence Unknown Callers.” Now this isn’t going to completely stop the spammers from calling, but at least you don’t have to hear the calls. By…… END_OF_DOCUMENT_TOKEN_TO_BE_REPLACED